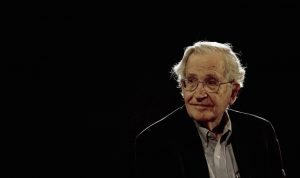 There is a core A.I. question. Can we create cognition? Is there a path by which our machines can possess any true understanding? Our best A.I. efforts are still store mannikins. They create a lifelike illusion but there is no life behind the blank stares. We have technology that looks like thought but in actuality, is not. Are we on the right path? If not, what is the path?

Last May, Noam Chomsky spoke on this issue at an MIT symposium. It is highly critical of the current directions in A.I. It’s a terrific read in The Atlantic –
https://www.theatlantic.com/technology/archive/2012/11/noam-chomsky-on-where-artificial-intelligence-went-wrong/261637/

In fairness, here is a rebuttal by Google’s director of research, Peter Norvig –
http://norvig.com/chomsky.html

There are two basic schools of thought on A.I. and the road to cognition.

Statistical Big Data – This approach makes use of some intense mathematics to sift through large amounts of data to recognize complex patterns. It can look at a picture and say that it is more likely to be a cat than a goldfish. Combined with cloud infrastructures and lots of computers, you get Siri and Facebook can recognize your friends in that beach photo. This is simplified summary of how this works –
https://danlovy.com/ai-essays/ai-made-really-really-simple/

Bio Based – This approach says that all earth based intelligence, from worm to man, has certain organizational and structural features that can be understood and machine implemented. It can only be understood by looking at how earth brains are wired. This understanding will lead to a mechanical recreation of cognition. Let’s use biology and neuroscience to crack this code.

Our AI is inspired and works much like nature. It is parallel set of nodes (neurons) arranged in a network each processing small aspects of the larger whole.

True, it is not a model for cognition yet, but it’s early. Give the technology time to grow and mature. It provides the best path for the emergent behavior of cognition. We are doing things that seemed impossible a decade ago. Watch what happens in the next decade.

Current commercial neural net technology does not, in anyway model cognition. It does not, cannot and will not. While inspired by natural neural networks, they work nothing like brains (including ours) that are found in nature. The path to cognition lay in structuring these networks to work more closely like real brains. There is a chasm that won’t be crossed.

We are being fooled by mathematical trickery and that Google server that is recognizing pictures of kittens has no idea what a kitten is, and never will. Nature provides excellent, fully functional models for cognition. Let’s get back to nature, do some more science and figure this out.

Where do you stand?